Narcotics and Weapons Smuggling is Being Disguised as Cigarette Smuggling

Editor’s Note: The following is translated from the original Portuguese.

The lost war against trafficking on the border with Paraguay

Faced with bold, rich and creative drug traffickers, the authorities are unable to stop the entry of drugs from Paraguay 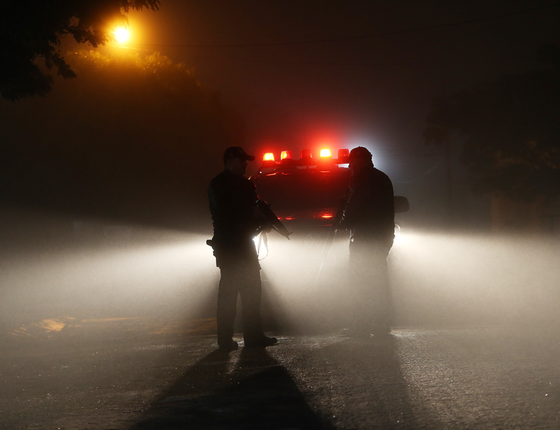 Officers from the Border Operations Department at dawn, on a roadside patrol. The traffickers have multiple strategies to circumvent surveillance (Photo: Adriano Machado / ÉPOCA)

One morning in April, the Federal Highway Police Inspector Waldir Brasil woke up with shots. It was precisely 22 shots fired at his home in Dourados, the largest city in the border region. Frightened, he and his wife crept around the room until the noise ceased. They learned that the four shooters were in a car and used handguns. “I think it was a reprisal,” says Brazil. A week earlier, he had seized ten wagons that smuggled cigarettes – an estimated $ 20 million injury to the gang. Cigarette smuggling is a millionaire business, lucrative and closely linked to drug trafficking. At least 45% of the cigarettes consumed in Brazil are smuggled from Paraguay. Sold at R $ 5 in Brazilian cities, an illegal pack has production cost of R $ 1.50 in the neighboring country. In an agreement with smugglers, the traffickers infiltrate tons of drugs in the trucks that carry the cigarette. Many police officers refuse bribery to release drugs, but accept to loosen the siege of smuggling, a crime considered less serious. “Smuggling clears the runway for other crimes,” says DOF Colonel Kleber Haddad. “It leaves the border porous.” The police officer Brazil is not the only one under threat from criminals on the border. Last year, a Paranhos police officer was killed with 14 shots at the academy. During the funeral, traffickers paraded in the truck lorries by the international line giving firing rifle shots to provoke policemen who went to the city to pay homage to the colleague.