Crackdown on illicit tobacco will help stamp out crime

Editor’s Note: See also the joint report of the Departments of State, Treasury, Justice, Homeland Security, and Health and Human Services: The Global Illicit Trade in Tobacco: A Threat to National Security.

From: The National (UAE)

The decision to ban the import of cigarettes that lack a sophisticated new digital seal is a welcome step forward in the battle against a habit that is as bad for national institutions as it is for individual health. Last year the government imposed a 100 per cent tax on tobacco products. Worryingly, half of the UAE’s estimated 900,000 smokers reacted by turning to illegal cigarettes, a decision with grave consequences both for their own welfare and with a detrimental knock-on effect. 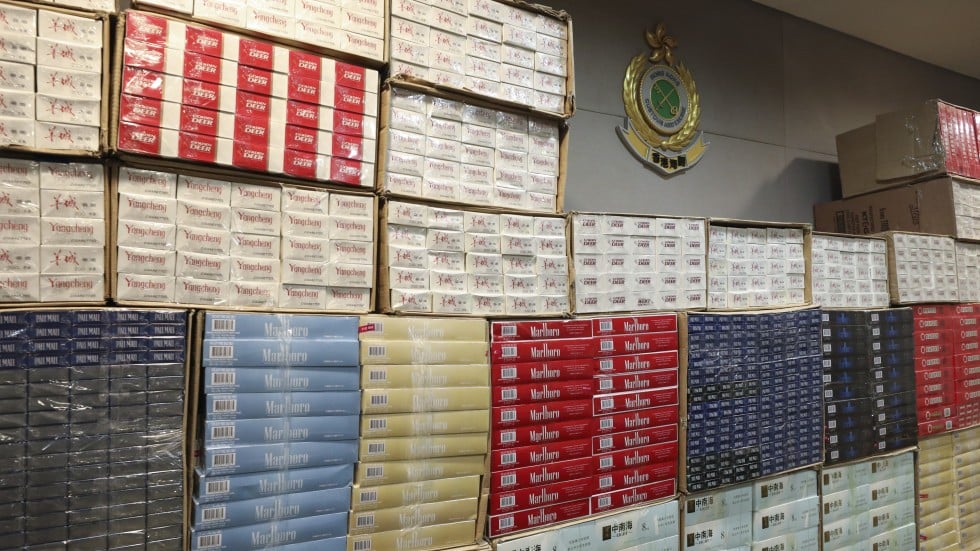 About HK$54 million (US$6.9 million) worth of contraband cigarettes were seized in the first 11 months of 2018, up more than 50 per cent year on year.

That was up on the 189 storage facilities raided in the same period last year, with the seizure of 13 million duty-not-paid cigarettes. Those hauls had an estimated street value of HK$35 million, with tax potential of HK$24.7 million.

From: The Dispatch (Ocean City, MD)

WEST OCEAN CITY — One of two local brothers indicted again in October for his role in a vast cigarette trafficking and tax fraud scheme appeared in a New York court on Wednesday and remains held on a $2.5 million bond.

Editor’s Note: See also Copying Cleopatra: The Cigarette ‘Made in Egypt’, via Montenegro.

According to leaked Albanian court documents and British customer’s reports, since 2014 around 22 million packets of fake cigarettes have found their way from the Albania Tabak factory, to Elbasan, before being sent onwards to Libya. The case was investigated in 2015 before being put “on hold” whilst prosecutors “waited for information from foreign jurisdictions”. Whilst Albanian prosecutors claim that the case was reopened in 2017,

the factory still operates with impunity today and is now producing up to 175 million packets a year via a partnership with the BVI-based Eques Holding Group.:

Mom and Daughter Used A Drone To Fly Tobacco And Cell Phones Into A Prison, Police Say