Editor’s Note: Public health officials have an historic opportunity to end tobacco use by embracing non-combustible products such as IQOS.  Will regulators seize the opportunity or will they allow ideological opposition to win?

MARLBORO is set to be consigned to history after a tobacco giant pledged to set an end date for the sale of cigarettes in Britain.

The government has moved closer to introducing penalties of up to 10 years in prison for manufacturing illicit tobacco, with legislation to create new offences passing the lower house on Wednesday night.

HMRC said more than 6,000 cigarettes and eight kilos of hand-rolling tobacco were recovered. 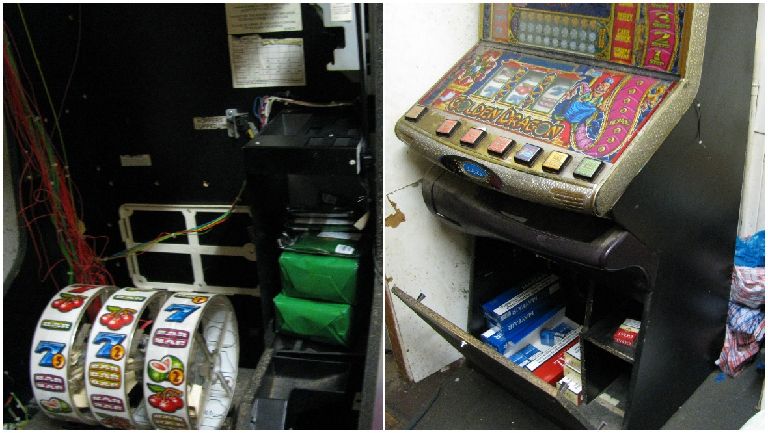 Raid: Tobacco and cigarettes were found concealed in a fruit machine. HMRC

Illegal cigarettes and illicit tobacco hidden in a fruit machine were seized by customs officers in Edinburgh after a criminal gamble backfired.

A joint operation led by HM Revenue and Customs (HMRC) targeted several retail premises in the city on Friday.

Federal investigators arrested two San Gabriel Valley men this week in connection with an alleged scheme to procure and resell cigarettes without paying excise taxes through the Port of Los Angeles over the past two years, authorities announced Friday.

Yong “David” Lu, 54, of Arcadia and Wenzhu Guo, 54, of Monterey Park, both Chinese nationals, were arrested by federal agents Thursday morning, according to U.S. Department of Justice spokesman Thom Mrozek.

From: The Hamilton Spectator

He called out the government for acknowledging the importance of allowing branding for recreational marijuana so buyers can tell the difference between legal and illegal pot products, saying the same logic should apply to tobacco.