In 2015, as many as 143,239,425 packs of smuggled cigarettes were seized in Turkey with an almost 2 percentage increase, which sabotages the country’s fight against terror 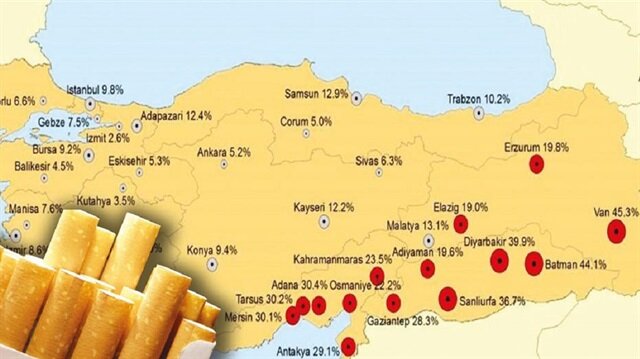 Cigarette smuggling, one of the most significant sources of income for terrorist organizations, has increased 2 percent reaching 13,3 percent in the last quarter of 2015, according to recent research.

Turkish authorities indicated that smuggled cigarettes are extremely harmful to health and are also a significant source of income for terrorist organizations.