No word on whether ‘Don Corleone’ was the Godfather’s brand of choice.

OVER 10.3 MILLION cigarettes were seized by Revenue at Dublin Port over the weekend.

They had a retail value of €4.7 million. 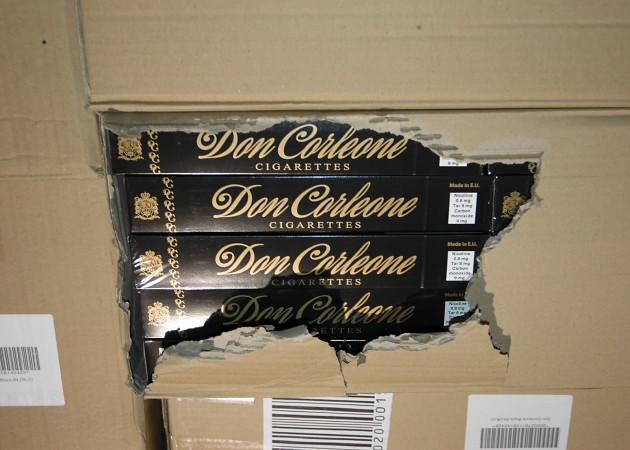 Revenue said the find was as a result of “routine profiling”.

A mobile scanner revealed the ‘Don Corleone’ brand cigarettes concealed in a 40 foot container which had arrived into the port from Belgium. The cigarettes were described on documents as ‘paper handkerchiefs’.

Revenue said the seizures are part of its “ongoing operations targeting
the supply and sale of illegal cigarettes in the shadow economy”.