In a blog post on the agency’s website, three top officials said they want to ensure the FDA has the right policies to advance new products to help smokers. “Our goal is to enable greater use of safe and effective options to help those who are addicted to nicotine get the help they need to quit combustible cigarettes altogether,” said the post, which was signed by FDA Commissioner Scott Gottlieb, Center for Drug Evaluation and Research Director Janet Woodcock and Center for Tobacco Products Director Mitchell Zeller.

FDA deeming regulations that were set to go into effect in August 2017 would have made it improbable, if not impossible, for small vaping manufacturers to survive. The regulations required an extensive application process for each new product, with the cost of each application estimated at $400,000.

When new FDA commissioner Scott Gottlieb took the helm in May, he also took a different stance. Not only did he delay the deadline set to decimate the vaping industry, but he noted the application process would be reviewed. He also proposed a shift of focus. Instead of regulations that appeared to vilify vaping, he put the target on the most dangerous delivery method of nicotine.

What a Difference a Year Makes!

When the full extent of these regulations was realized, Totally Wicked, a Bradenton, Florida based electronic cigarette and e-liquid company, decided to tell the truth to our customers and to the vaping community at large that, “It is impossible for our company to continue doing business in the USA after August 7th, 2018.” The truth was scary to admit, but the right thing to do was to raise awareness and ensure that our customers were aware that with these regulations in place, vaping would be all but outlawed in the USA. Our business runs with the aim of decreasing the number of smokers across the United States by offering them a viable alternative to cigarettes. We continued to offer our products to our customers at an even more affordable price to ensure that we had spread the positive message of vaping and its benefits to as many people as possible in our final days. 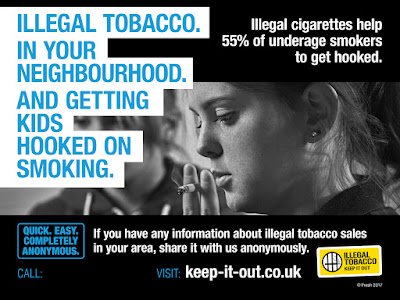 It should be a surprise to no one that the illicit trade in tobacco is booming after several years of above-inflation tax rises and the implementation of plain packaging. Shameless as ever, state-funded anti-smoking groups are attempting to exploit the failure of their policies to feather their own nests.

Philip Morris outlines its plan for IQOS’ introduction in the US

IQOS isn’t for sale in the U.S. yet, but Philip Morris USA is already planning its rollout.

The Food and Drug Administration is reviewing Philip Morris International‘s proposal to sell IQOS and another to allow it to be marketed as a product that is less riskier than conventional cigarettes. If approved, the Altria unit will have sole distribution rights to market PMI’s IQOS in the U.S.