Editor’s Note: Described below is another shortsighted regulatory regime which will increase the sale of counterfeit cigarettes and the resultant adverse health effects.

LONDON (MarketWatch)—Cigarette makers are bracing for a potential drop in demand and a fierce price war, after Big Tobacco failed to overturn an Australian law last month calling for plain wrapping on their products.

Since then, fear has mounted that generic packaging will not only hurt the premium brands that rely on distinct branding but will also trigger an illicit, counterfeit trade that will have major implications across the entire industry. 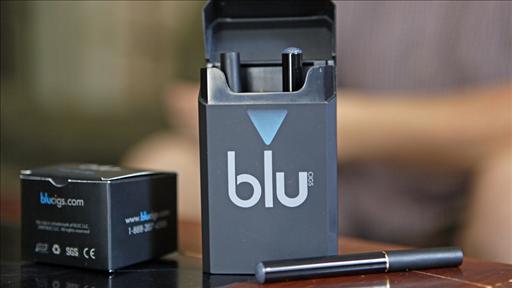 “It’s common sense that if you make all packs look the same, it’s easier for criminals to counterfeit them and pass them on to consumers. That is a real concern and a real threat,” said Simon Evans, a representative for Imperial Tobacco Group. “We wouldn’t expect to see less people smoking, but would expect those people to smoke less-legal products.”

The Tobacco Plain Packaging Act will come into effect on Dec. 1 in Australia and see cigarettes packets stripped of any individual branding, with only the company name in a gray, Lucida Sans font at the bottom. In addition, a warning and a picture of lung cancer, gangrene, rotten teeth or other consequences of smoking will take up at least 75% of the front.

A graphic of cigarette packages released by the U.S. Food and Drug Administration last year that shows a varied collection of dead bodies, diseased lungs and a man on a ventilator.
Health officials hoped the warnings would help smokers quit.

And the industry is concerned it’s not going to stop at Australia’s borders. Norway, India, France and Canada are already considering bans on cigarette branding, while both the U.K. and New Zealand are looking specifically at introducing plain-packaging laws. Russia is also considering adopting the idea while also looking into a ban on smoking in public places.

In the U.S., the Food and Drug Administration is not seeking to ban branded packets but will require larger, more prominent health warnings on all cigarette packaging and advertisements. The move is the first change in cigarette warnings in more than 25 years in the U.S. and is “expected to have a significant public health impact by decreasing the number of smokers,” according to information available on the FDA’s website. The rollout was planned for September this year, but continuing litigation has delayed implementation. Still, a representative from the FDA declined to comment on the potential commercial implications for tobacco firms in the event plain-packaging were to be introduced to the U.S. market.

U.S. tobacco stocks have nevertheless been under pressure since the Australian ruling in August. Philip Morris International Inc. /quotes/zigman/499558/quotes/nls/pm PM +0.53% shares have lost 1.8% and Lorillard Inc.’s /quotes/zigman/511272/quotes/nls/lo LO +1.83% stock is down 4.6%. By comparison, the S&P 500 index has added about 4% during this time. See also: Philip Morris lifts dividend 10% .

Illicit trading on the rise

Analysts, along with the major tobacco firms, fret that plain packages will boost an already significant market for illicit trade in cigarettes, which could erode sales volumes for established tobacco brands. 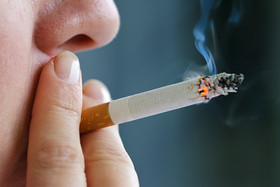 It’s unclear how an Australian ruling on cigarette packaging will affect the industry.

Erik Bloomquist, analyst at Berenberg Bank, said that smokers could lose the incentive to buy legal cigarettes in a market offering the same drab packaging across all of its products.

On top of that, criminals could find it easier to counterfeit the new packaging as well as finding a new, potentially lucrative market for older, “vintage” versions of cigarette wrappers.

“If we look back at what happened in 2010 when the Australian government took taxes on cigarettes up 27% it drove a big increase in illicit trade, which went up 4%, costing the government an additional A$500 ($529 million) in tax,” Bloomquist said.