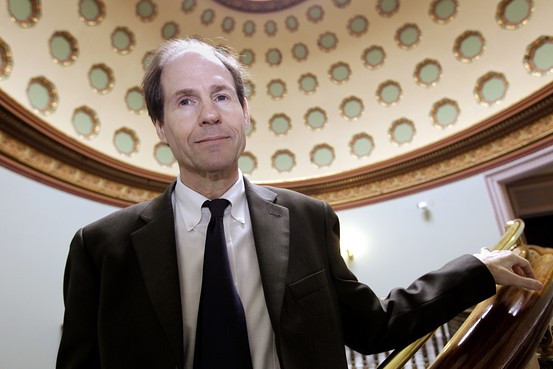 Today, the White House, through the Office of Information and Regulatory Affairs (OIRA) headed by Cass Sunstein, will invite business owners, workers, and others on the opposite end of the regulatory process for their suggestions on streamlining, improving and simplifying government regulations, and lightening the government paperwork load. Mr. Sunstein has gotten high marks from some business leaders, who say he’s applied a higher cost-benefit standard to new regulations.

According to a White House blog post by Mr. Sunstein: The program is modeled in part on a January 2011 directive by President Barack Obama requiring all executive agencies to conduct a sweeping review of existing regulations, “in order to figure out what is working and what is not, and where appropriate, to streamline or eliminate ineffective, overly burdensome, and outdated rules.” According to OIRA, more than two dozen agencies responded with regulatory reform plans, listing more than 800 initiatives. The small number implemented so far are estimated to save $10 billion over the next five years.

In the past, the Obama administration has sought advice from the public on cutting government costs, and on what problems the government should tackle. The responses have ranged from cutting back on mass mailings of the Federal Register on the budget side to legalizing raw milk and marijuana sales (respectively) on the pressing-problem-solving side.

In May, Mr. Obama further instructed government agencies to seek deeper public input on regulations that could use an overhaul. The next reports in that category are due later this summer, and today’s initiative will help improve that process by including more ideas from outside the government.

The White House link provides full instruction on where to send suggestions. Mr. Sunstein pledges they will receive careful consideration.