As the U.S. reexamines its trade policy, commentators following U.S.-China affairs have noted an important area that has not received as much attention as the bilateral trade in goods but may one day rival it:  the digital economy.  Although U.S. exports of information and communication technology-related services to China totaled $12.8 billion in 2015, e-commerce sales in China were estimated to be $672 billion in 2014 (double that of the United States).  It stands to reason that but for current restrictions on the Internet in China and unlawful usage in the form of intellectual property theft, the U.S. export figure could be substantially larger.

Challenges Around the Cybersecurity Regulatory Environment in Southeast Asia

Barely a day goes past that the international press does not carry a story of a massive data breach—whether it is about a billion records taken from a tech company, a health insurer’s 80 million records, or a bank’s small but significant 9,000. And yet, rarely do we hear of breaches from Asian organizations.

Did China Quietly Authorize Law Enforcement to Access Data Anywhere in the World?

Article 9 of the 2016 regulations provides that the police or prosecutors may extract digital data from original storage media (e.g., servers, hard drives) that are located outside of mainland China (i.e., including servers in Hong Kong, Macau, and Taiwan) “through the Internet” and may perform “remote network inspections” of such computer information systems. Remote network inspections are helpfully defined, in Article 29, as “investigation, discovery, and collection of electronic data from remote computer information systems related to crime through the Internet.” The only caveat to this grant of authority is a requirement that investigations be subject to “strict standards.” No guidance is provided as to what “strict” means.

The dangers to privacy and security are outweighed by the benefits

MORE treasured than the bullion in its vaults are the data a bank has stored on its servers. Bankers know what their customers eat, where they shop and, increasingly, what they get up to online. It is possible for customers to share these data with others, but the process is cumbersome. In effect, banks enjoy a monopoly over data that has helped them get away with lousy service and fend off newcomers with better ideas. In Europe, at least, that is all about to change.

The Bank of England has set up a formal forum with industry to discuss financial technology (fintech) trends and issues.

The Bank’s ‘fintech community’ has been established with an initial list of 18 members, not including itself, and is partly aimed at improving networking between firms with an interest in fintech, as well as ensuring the Bank is engaged with a range of fintech businesses across the financial services sector.

Germany’s alert level against cyberattacks has now been raised to “heightened readiness” as the country prepares for its parliamentary elections.

The Welt am Sonntag newspaper reported that government websites are already the target of daily assaults, which are expected to increase significantly during the elections.

The report indicated 30,899 cyberincidents occurred in 2016 that led to the “compromise of information or system functionality”

The Trump administration released the Office of Management and Budget’s annual report to Congress on federal cyber performance on Friday. Federal agencies weren’t immune to broader trends affecting the general public, as they reported 30,899 “cyber incidents” in fiscal 2016 that led to the “compromise of information or system functionality” to the Department of Homeland Security’s U.S. Computer Emergency Readiness Team, the report disclosed.

Cybersecurity in the Middle East – the legal view

Abdullah Mutawi, partner at law firm Baker Botts LLP, breaks down the legal aspects businesses in the region should consider when it comes to cybersecurity

The internet, and the types of communication it facilitates, has brought about the biggest paradigm shift to business in decades by delivering unprecedented utility in communications.

This shift has led to huge benefits, but also some serious negatives – perhaps the most prominent of which is the threat to cybersecurity.

Our comics and games should flow. But no hacking, terrorism or US hegemony please 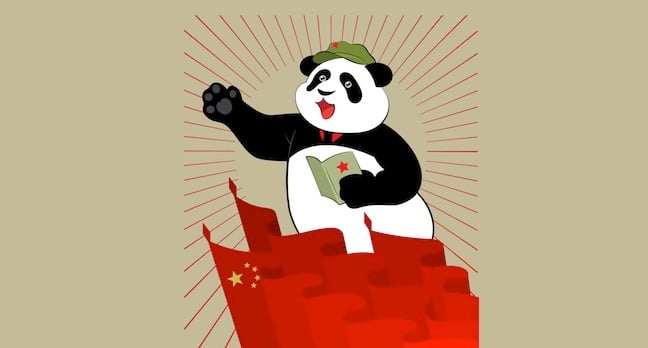 China has issued a “International Strategy of Cooperation on Cyberspace” in which it outlines rules it think should govern nations’ online conduct.

The thrust of the document is that the world needs internet governance that respects sovereignty, reduces the likelihood of conflict and ensures no one nation can control cyberspace. China forcefully, and repeatedly, states it’s determination to bring about that state of affairs.