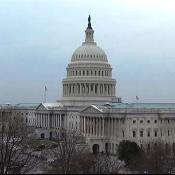 Legislation to establish a White House Office of Cyberspace Policy, with its Senate-confirmed director to have influence over agencies’ IT security budgets, was introduced late Thursday by the leaders of the Senate Homeland Security and Governmental Affairs Committee.The Cybersecurity and Internet Freedom Act of 2011 also would reform the way IT security would be governed in the federal government, emphasizing real-time monitoring of government IT systems and a move away from paper-compliance under the Federal Information Security Management Act of 2002. The bill would require each agency to designate a qualified, senior official as chief information security officer.

The Obama administration is proposing to spend $548 million on cybersecurity research and development (R&D) in FY 2012, a 35% increase from the amount spent in FY 2010.

According to a slide presentation by the White House Office of Science and Technology Policy, the FY 2012 cybersecurity R&D and education spending request includes: new National Science Foundation programs in the science of cybersecurity and game-changing research; increased Department of Energy investment in industrial control-system cybersecurity; new Defense Advanced Research Projects Agency initiatives in information assurance, survivability, security by design, and insider threat mitigation; and support for the National Initiative for Cybersecurity Education and the National Strategy for Trusted Identifies in Cyberspace.

SAN FRANCISCO, Feb. 9 (UPI) — A forum to advance to advance public-private cybersecurity innovation and collaboration is being organized for California next month.

The Security Innovation Network described its annual IT Security Entrepreneurs’ Forum as an increasingly vital event for connecting private industry, investors and researchers in order to defeat global cyber-threats.

“A breakdown in cybersecurity is now one of the five major risks facing the global economy and the U.S. needs to be able to respond to attacks at network speed,” said Robert Rodriguez, founder and chairman of SINET.

The Department of Energy is launching an initiative to enhance cyber security on the electric grid. The initiative, led by the Department’s Office of Electricity Delivery and Energy Reliability (OE), the National Institute of Standards and Technology, and the North American Electric Reliability Corporation, will be an open collaboration with representatives from across the public and private sectors to develop a cyber security risk management process guideline for the electric sector.