The White House vs. Red Tape

In an interdependent global economy, diverse regulations can cause trouble for companies doing business across national boundaries. Unnecessary differences in countries’ regulatory requirements can cost money, compromising economic growth and job creation. Think of divergent requirements for car headlights, or the labeling of food, or standards for container sizes.

Recognizing this, President Obama’s Jobs Council has called for U.S. agencies to better align U.S. regulations with those of our major trading partners. And today the president is issuing an executive order, “Promoting International Regulatory Cooperation,” with a simple goal: to promote exports, growth, and job creation by eliminating unnecessary regulatory differences across nations.

The order makes clear that we will not undermine American laws or compromise our national prerogatives. But it emphasizes that international cooperation and harmonization can increase trade and job creation, eliminating pointless burdens without creating a regulatory race to the bottom. From now on, an interagency working group chaired by the White House Office of Information and Regulatory Affairs will be a forum for reducing this red tape.

To promote accountability, the order provides a mechanism for the White House working group to engage directly with the public, including the business community, by establishing a process to solicit input on how best to eliminate unnecessary costs.

Today’s action builds on many other administration efforts to eliminate unjustified regulatory costs and to reduce burdens by promoting international regulatory cooperation.

One example: The U.S. has long required employers to use warning symbols to inform employees of potential safety hazards. Other nations require warnings, too, but in many cases they mandate the use of different symbols. The result of the disparate requirements is to impose pointless costs on those who do business in more than one nation. Why should chemical manufacturers have to create multiple labels for the same product in different countries?

To address this problem, the Department of Labor recently harmonized its labeling requirements with those of many nations around the world, a reform that is projected to save American businesses more than $475 million each year. 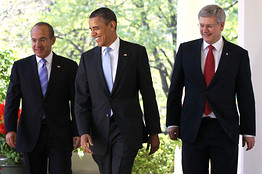 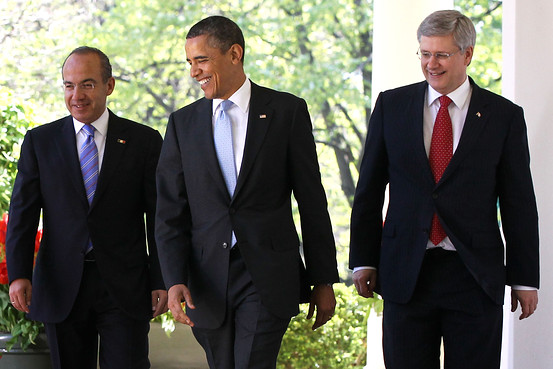 More generally, President Obama has worked closely with his Canadian and Mexican counterparts to create High-Level Regulatory Cooperation Councils with both countries. The councils are developing and implementing plans to eliminate or prevent the creation of unnecessary burdens on cross-border trade, streamline regulatory requirements, and promote greater certainty for the general public and for businesses in the regulation of food, pharmaceuticals, nanotechnology and other areas.

The U.S. and Canada have already agreed to harmonize their rules with respect to fuel economy, building on a long history of collaboration on national emission standards for new vehicles. This step will avoid divergent requirements and unnecessary costs on both automobile companies and consumers.

The U.S. is also working closely with the European Union to eliminate unnecessary differences in U.S.-European regulatory requirements. Last February, the Obama administration announced an agreement with the EU under which organic products certified as such in Europe or in the U.S. may be sold as “organic” in either jurisdiction. This is not just a victory for those who grow and eat organic broccoli. The trans-Atlantic partnership, involving the two largest organic food producers in the world, will help support jobs in the years to come.

Whether the issue involves chemicals or vegetables, nations can do a far better job of harmonizing regulatory requirements to make it easier for companies to do business, and without sacrificing public health, safety and the environment. We hope that today’s executive order provides a new model for eliminating red tape and promoting trade and job creation. Let’s get to work.

Mr. Sunstein is administrator of the White House Office of Information and Regulatory Affairs.