The menace of illegal trade of cigarettes

From: The Daily FT | Sri Lanka’s first and only national daily business paper 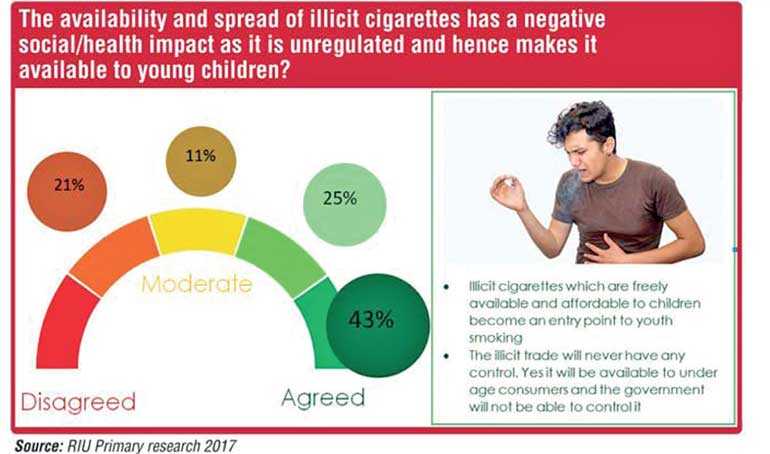 Cigarettes are among the most illegally trafficked goods in the world. Cigarettes are becoming a preferred item to smuggle as they are easy to buy, easy to smuggle and provide a good return on the investment, states a report from the World Health Organization in 2015.

The value of the illicit tobacco trade is estimated to be greater than the illicit trade in oil, wildlife, timber, arts and cultural property, and blood diamonds combined (Financial Action Task Force, 2012). Large quantities of cigarettes are sold on the black market at below retail cost and without tax. Besides, unlike smuggling narcotics or other hard-core trafficked products, punishment for smuggling tobacco is less severe. According to the WHO data, every tenth cigarette consumed globally is part of the illicit tobacco trade.